The principle and function of ultrasonic probe

1. What is an ultrasonic probe

The probe used in ultrasonic testing is a transducer that uses the piezoelectric effect of the material to realize the conversion of electrical energy and sound energy. The key component in the probe is the wafer, which is a single crystal or polycrystalline sheet with piezoelectric effect. The function is to convert electrical energy and sound energy to each other. 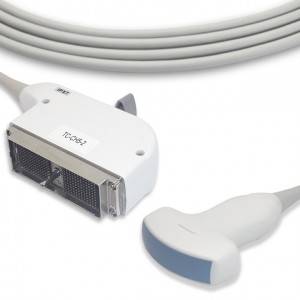 2. The principle of ultrasonic probe

A probe equipped with two wafers, one as a transmitter and the other as a receiver, is also called a split probe or a combined dual probe. The dual element probe is mainly composed of socket, shell, residual layer, transmitting chip, receiving chip, delay block, etc. It uses vertical longitudinal wave sound beam to scan the workpiece. Compared with straight probes, dual crystal straight probes have better detection capabilities for near-surface defects; for rough or curved detection surfaces, they have a better coupling effect.

3. The function of ultrasonic probe

2) It is to control the propagation direction of the ultrasonic wave and the degree of energy concentration. When the incident angle of the probe is changed or the diffusion angle of the ultrasonic wave is changed, the main energy of the sound wave can be injected into the medium at different angles or the directivity of the sound wave can be changed to improve the resolution. Rate;

4) It is to control the working frequency, which is suitable for different working conditions.